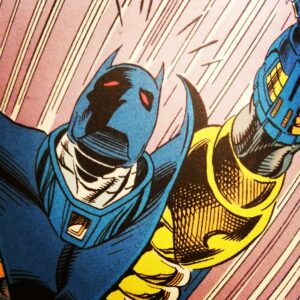 All the talk’s going to be about Bruce Wayne, so I thought I’d show some love for Jean-Paul Valley, who occupied the role of Batman for nearly 2 years (!) back in the ’90s during the seminal crossover event Knightfall.  I wrote a series for Kabooooom a couple years back examining Knightfall and it’s lasting legacy on the Batman character:

The Unlikely Legacy of  Batman’s Knightfall – Part I

Bruce Wayne is the one, true Batman, but I have a lasting affinity for the crazy, misguided Jean-Paul Valley and the era of comics that forced old Bronze Age tropes to be discarded (adios, blue tights and smoking jackets in Wayne Manor) in favor of something new.

Jean-Paul Valley was no Bruce Wayne, and the ultimate point of Knightfall was to remind readers of what made Wayne special. Love it or hate it, Knightfall was a seismic event in Batman’s 75-year history, and the actions of that spun out of  Jean-Paul’s time with the cowl were pivotal in transitioning the character to renewed life in the 21st century. As the world celebrates all things Bruce Wayne today, I’ll be tipping my proverbial 40 for JPV.

And admit it, arm rockets were badass…. 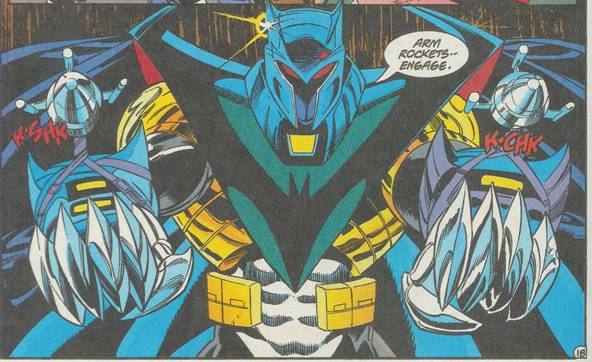