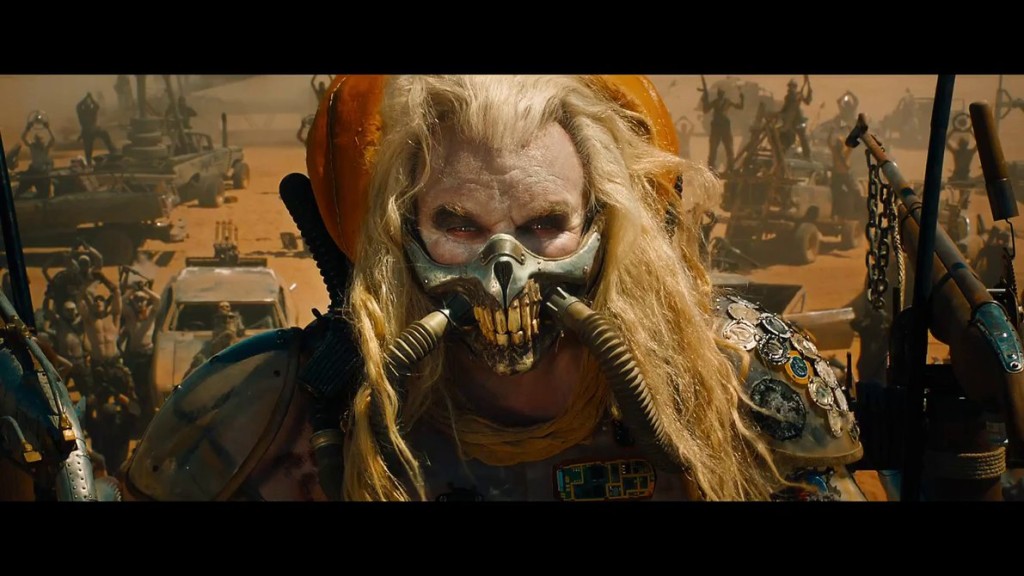 We live in a terrifying world.

The cult of ISIS marches through the Middle East, with its black clad fundamentalists consumed by zealotry dispensing brutal violence without a pause. On the flip side, callous operators dispense drone strikes and missiles from afar, the deaths of innocents engulfed in flames tallied on reports, reviewed by commissions. Collateral damage. Official jargon almost makes the piles of charred, wasted lives sound normal.

Here at home, the rich grow richer and the poor grow poorer. The middle evaporates under a hotter sun, the waves lap ever closer to our ivory towers. Privatized health, privatized learning, privatized everything– a sliver of wheat increasingly separates from unending masses of suffering chafe.

I buy my drinking water. The future has fully taken hold in household Radvon in that way already. My local municipality, riddled by corruption/incompetence/negligence (take your pick), turned the water supply into a flourishing bacteria garden. The clean stuff is now trucked in, giant plastic bottles dropped off on the stoop every couple weeks. I can pay. Others can’t. This is how things are.

The world has gone mad. And Mad Max Fury Road is the most perfect synthesis of the insane 21st century put to screen yet.

The film is fun, electric, powerful, shocking, and yes, terrifying due to it’s so-close-you-can-taste-it resemblance to our own time. The mutant warlords of the wasteland, riddled by radiation, have the same crazed look in their eyes as the ISIS lads or the local opiate user perched outside your corner store. George Miller has produced a fairy tale, to be sure, yet one that speaks not of a time of myth, but rather to the savagery that swirls around us daily like an unending dust storm.

Breaking through the mess, no matter how stark, is the eternal human instinct– survival. It’s pure survival that propels the heroes of Fury Road. Max, played by Tom Hardy, is a former survivor of hope, lost in a haze of PTSD. Furiousa, the true star of the film, seeks redemption, perhaps the one the thing more universal in the human experience than survival. Hope, like the marauding bands of motorized freaks in pursuit, hangs menacingly on the horizon. Hope is the hero. Hope is the villain. Hope is all we’ve got.

Fury Road is one of the most honest film titles of all time. The running time is dominated by fury– furious chases, furious fights, furious standoffs, and even furious heartbreak. The rest is the road– paved, desert, dirt, mud, rocks, mountains– straight ahead or off the beaten path. Wherever it leads the cast, the road is the film’s white-hot conveyor belt. It never stops.

Veteran comic artist Brendan McCarthy had a hand in writing the story for Fury Road and provided many of the film’s excellent and original designs, and his influence shows. There’s the unmistakable energy of great, dark comics of yore, ironically many of which were inspired by the original Mad Max films. The sensibility of tales told in Judge Dredd, ABC Warriors, and other UK dystopian comics permeates. The ending in particular feels like the closing pages of a musty oversized comic magazine.

Director George Miller’s brilliance comes in the form of restraint, showing just enough to illicit strong, visceral reactions without sacrificing mystery, mystique, and wonder. You know that scene in The Empire Strikes Back where we get just a peek at Darth Vader’s exposed head? It’s a few seconds at most, yet was shocking enough to spurn the imagination of millions. Fury Road is two hours of that.

This isn’t a review so much as it is a reflection. My head is still spinning from the all-out assault levied by Fury Road. This year’s movie schedule is packed, but even with new Star Wars and Jurassic Park films in the pipeline it’s hard to imagine that anything hitting screens in 2015 will be more original or poignant than Mad Max. What a crazy world.