This past weekend I attended the second Plastic City Comic Con. This year the show made the jump from a small VFW hall in Leominster to the mighty Wallace Civic Center in Fitchburg, Massachusetts. I saw my first concert at the Civic Center, and for decades the venue used to sub as the “Boston” leg for many top-tier band tours. The concerts stopped for some reason and the place became primarily a hockey facility. Plastic City Con knocked out some of the spiritual cobwebs and brought the place back to life for one Saturday afternoon, and that was cool to see.

First – huge props to convention organizers Keith and Amy Gleason. They are truly nice people and fantastic organizers. I’ve known Keith for like 20 years and he’s always been super friendly and down to earth, which is surprisingly rare in the comic book world. Keith and his crew kicked ass and expertly coordinated the logistics of the con. It’s like they were made to do this, and it’s awesome to bear witness to the successful execution of it all.

It was a pretty casual show for me. After doing a slew of cons in 2016, I streamlined my gear and it all fits into two compact milk crates, along with a banner stand, table cloth, and lightweight shelving unit. Setting up my table took like 5 minutes.

I didn’t do any carnival-barker selling this show, I just let people come up and browse the books. To my surprise, I covered expenses before noon.

My grandpa passed away earlier this month and in cycling through the various stages of grief, perspective hasn’t so much been gained as it has been forced upon me. I think one of my main takeaways from the last few weeks has been to stop wasting time and energy trying to appeal to those who don’t get me or completely misjudge me (turns out that’s a great many people) and conversely be more open and about recognizing and appreciating those who do. Basically I have no time for people who take themselves too seriously, especially in the godforsaken world of funny books.

To the comics themselves- Colonial Comics was a big hit! I sold out of copies pretty early on. I’m proud to be part of it, and the local connection really intrigued folks. I enjoyed talking about the research into my Worcester County-based story. Crypt Zero is apparently my “sophomore slump” book. Interest seems low for a one-off black and white sci-fi ghost story, but whatever. I’m glad it exists. Voodoo Bird, an 8 page pamphlet of a comic, somehow still captures the popular imagination, but it was all about the trades and anthology collections this show- Colonial Comics, 27 Club, Shakespeare Shaken.

Con highlights: I wasn’t in much of a networking mood, but it was great to see local author Sean Sweeny (I pointed locals to his table throughout the day, North Central represent!), Dario and the squad from That’s Entertainment, Cody Sousa writer of CROAK was cool and had the table next door, along with Alterna Comics publisher Peter Simeti (thanks for the tote bag!). I have an ad running in several of Alterna’s newsprint titles, so check them out.

Special thanks to everyone who picked up my comics and to all the friends and family who came by to say hi and provide caffeine support. Super appreciated.

Plastic City year 2 was a good day for me and an even better day for Fitchburg and Leominster in general. So often Worcester County folks are forced to drive across multiple zip codes to do anything. If our cities and towns where in Utah they’d have their own broadcast TV stations. But alas, we’re sort of culturally neglected up here in the great northlands, eclipsed by the Boston behemoth. Plastic City adds much to the area and I hope there are many more iterations of it to come. 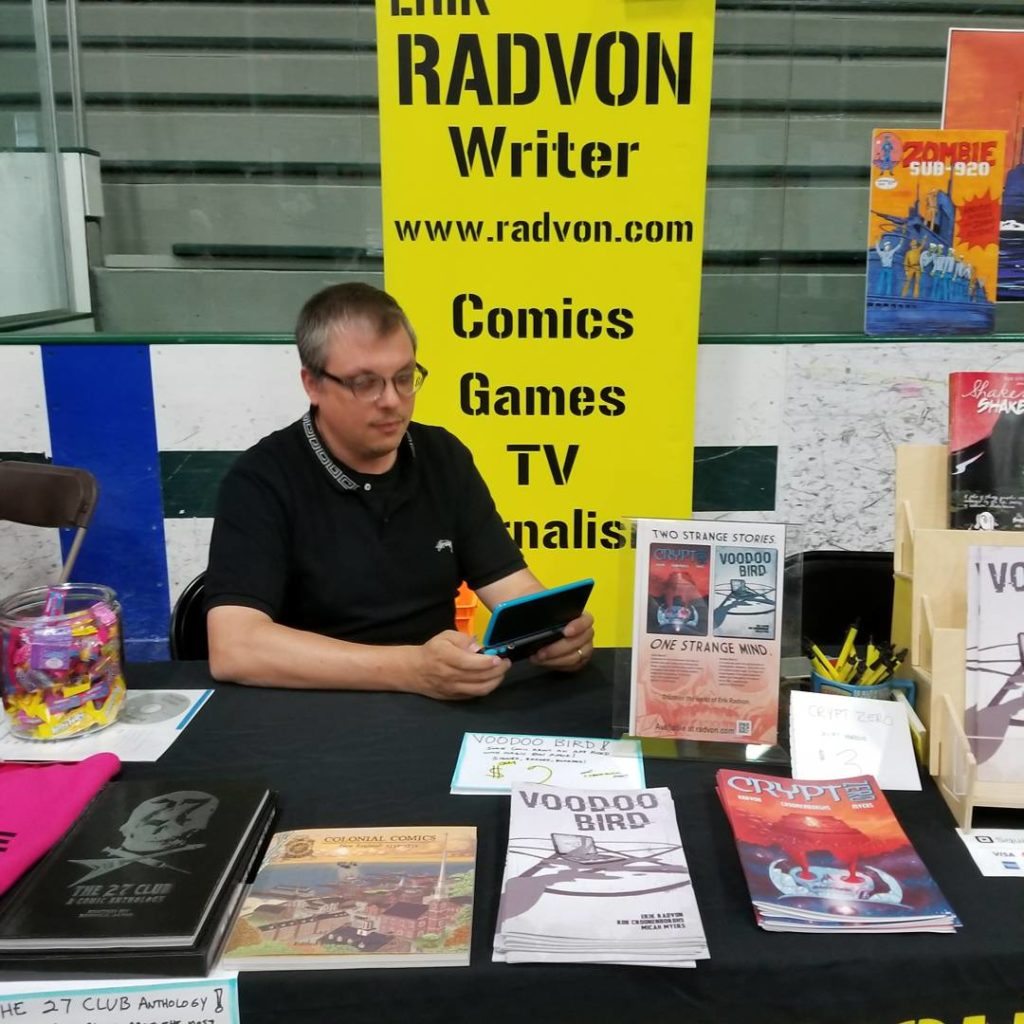