Oh my. What have I done.

Genie is out of the bottle, kids. The Localize Mother 3 mindgerm has been released and is infecting the population at pandemic levels. Now something akin to a full-scale psyops campaign is underway.

Since unleashing the neon pink scourge upon the world last April at a taping of WWE Smackdown, the Localize Mother 3 sign meme has bubbled up in some surprising places.
First, there was the Women’s March in Washington D.C. back in January: 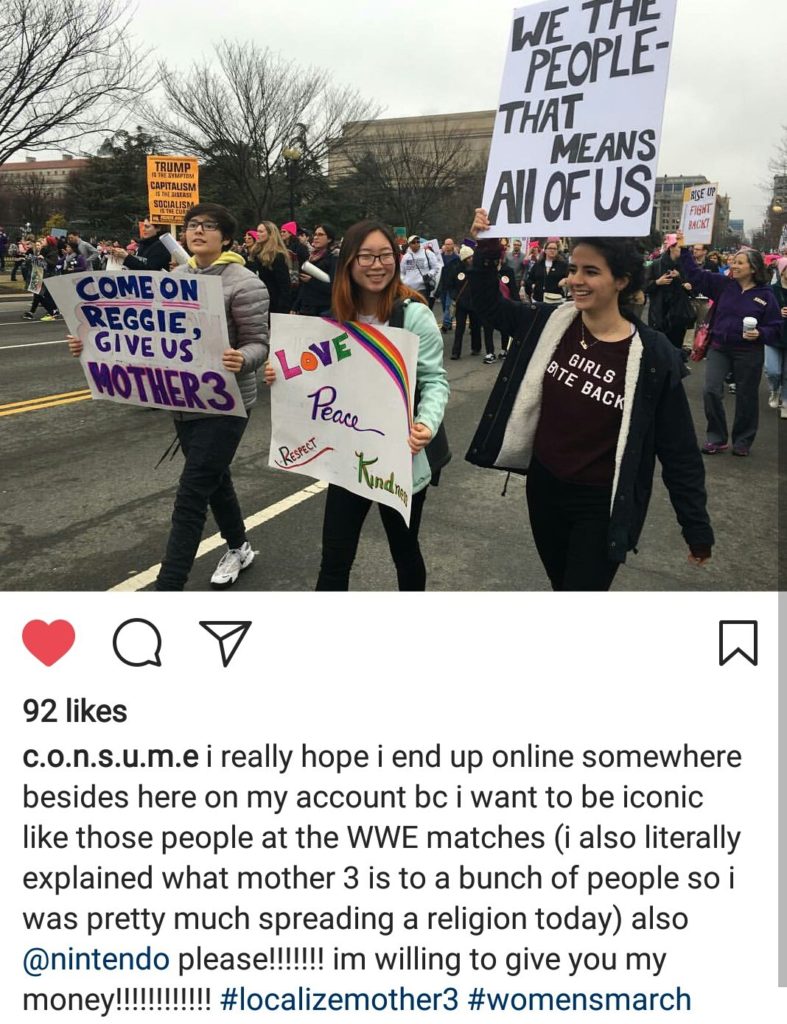 Incredible. The true passion is evident, and extra points for some sharp dabbing.

Lest you think these signs were just coincidental, let me point out that these good folks specifically stated “…I want to be iconic like those people at the WWE matches…”

Then, this past Sunday night, Localize Mother3 signs once again invaded the collective unconscious with primo primetime placement during WWE’s Money in the Bank Pay-Per-View event. These events are a huge deal, drawing in way more viewers than a lowly Smackdown taping. Twitter user @magypsyparty took things to a whole new level. The homage was evident, continuing the use of the trademark neon pink signage and keeping the message to the classic, simple “Localize Mother 3.” 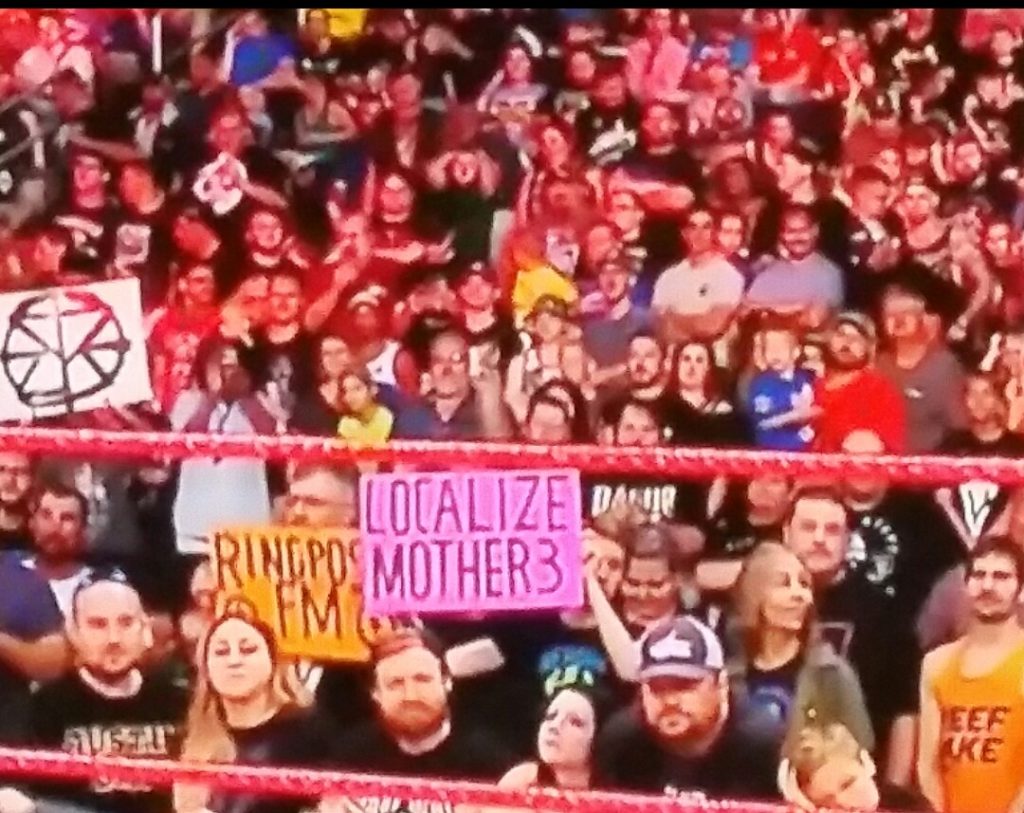 The execution was perfect, once again the internet exploded, and the end result was nothing short of wonderful.

Every Localize Mother 3 sign sighting is conceivably somebody’s first, and that’s what really warms the empty cavity where my heart should be. Inevitably, someone will ask “What is this about?” and that in turn leads to conversations about Mother 3, and every conversation about old Japanese video games is one that’s not about stupid politics or war or famine or global warming, and gee, maybe we could all use just a small sliver of that relief. We didn’t start the fire, etc.

Is Localize Mother 3 a movement at this point? I’m not sure what the official benchmark is, but I’m willing to lean toward yes. Momentum is funny thing, and human interactions still have a curious intersection with reality, hyper-weird as it may be in the information age. Monkey videos still make me laugh, for example, and something as daringly stupid as a sign about a forgotten video game hits in similar territory. I’m not sure why, but it all makes me feel good, or at least temporarily not bad. And maybe, just maybe, somebody at Nintendo is seeing all this hoopla and smiling.