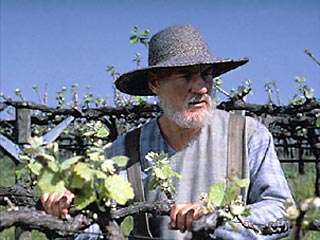 It was the 50th anniversary of Star Trek this past week. I didn’t have much time to revisit it, but all the headlines struck me as I went about my busy adult-life tasks.

Star Trek is a live wire topic. Dropping the name alone is like lighting a bonfire, signaling to all that there is some deep geek shit going on. It’s hard to sound cool talking about Star Trek. Star Trek is not cool.

It is incredibly earnest though. It speaks truth to power. Beneath all the techno-babble and alien makeup, Star Trek is a series of stories, stories designed to explore some facet of being alive. At its best, it does it truthfully, emotionally, and without restraint. And really there’s nothing much cooler than that.

Next Generation was the jam for me, maybe for my entire age group, the forgotten future. We were that next generation, the Class of 2000, vanguards of the 21-st century. It’s strange how things tumble over and over again, a clumsy cycle. The Star Trek of the present is a muscular reimagining of the past, the Technicolor ‘60s Kirk and Spock stuff brought back again, with sleek styling and overcharged energy . It’s seen as “getting back to basics”, something that’s happening all across the culture. The comics, games, music, movies, TV shows, novels of the 80s / 90s are seen as having gone astray, of being somehow inferior mishaps compared to the purity of the things from the generations before and after. The once imagined future from the era of Reagan through Clinton is now a kind of shoddy near-past, and the ideas from that time- they’re missteps, flat tonics, not what people really want. Or so we’re told. In any case, a lot of people in Hollywood are making loads of money pitching it as such. Maybe in 20 years or so a new breed will take another look at the situation.

The present state says, in deeds rather than words, forget The Next Generation and forget Jar-Jar Binks and forget Nirvana (now a popular t-shirt), because that was all so, like, wrong or something. The smart kids from the 70s are in charge now and they are figuring it all out, giving the people what they really want. That 80s stuff was all too cheesy or something.

My favorite Star Trek thing, hands down, is the last episode of The Next Generation, “All Good Things…”. It’s a melancholic standard-definition 4:3 television epic, which with each passing year feels more and more like something from another epoch. But I remember the day it aired like it was yesterday. We taped it. My grandfather, a winemaker, particularly liked it, with scenes of Picard tending his vineyard.

That night, I felt a rush of exhilaration when the overlong episode ended. I couldn’t wait for what was to come. There would be movies, a bigger platform, and surely bigger stories to come. Now I look back and realize that it never really got any better.

“All Good Things…” is the quintessential Star Trek story because it’s not so much science fiction as it is about the human mind and the human heart, and the relentless beatdown time puts on both of them.

I feel a bit like Picard leaping through time as I write this. I was, what, a 13-year-old boy when it aired? I sit here now a 35-year-old man, and I can go back there, to the big old square TVs and the VCRs and my grandparents and the whole thing. It’s just like that, snap, and it’s there. The past is always with us, as much as the present, as much as the future.

That’s the central brilliance of “All Good Things…” It’s not about scientific time travel. It’s not about spaceships or funky uniforms. It’s about how we all travel through time, on little treks, simply by existing. It’s about life and how it passes, slowly, quickly, in spurts and all at once. The faces, the friends, the family, the regrets, the mistakes, the things that matter. You can taste the future right behind the fabric of the now, hanging there just waiting to happen, and traveling to the past is just a flutter of the eyelids away. Always.

And all that is out of fashion these days, all that saccharine stuff about life, the universe, and everything is sort of seen as too serious or too obvious or too boring or not enough about our “troubled times” or problematic or whatever the hell. I don’t know. I have come to realize that I am rapidly being left behind. Someday it will be hard to explain it all. 50 years from now, who will understand? It feels tough to translate 1994 as it stands now.

I suspect I’ll do what my grandfather did. I’ll seek out some land to grow grapes on, and spend my days tying up vines in the sun, until time has its way with me.

It’s ok though. It’s all one story, really. It’s all the same human story, from Shakespeare to starships.

“All Good Things…” makes me feel sad and happy and engaged (no pun intended) all at once. It still plays for me, dammit. It plays for me just like it did when I was 13 with a cassette tape in my hand. It will play for me when I’m old, some kids or grandkids around me laughing at the old man with his old shows. Maybe they’ll see something in it.

What I enjoy most about “All Good Things…” is that it does a good job of illuminating one of the rare truths we know about existing- in one way or another, despite being vulnerable to the forces of nature and the malignant aspects of humanity, we somehow have the subtle power to carve out our own realities. We plant and tend and harvest our own existence through a curious blend of past, present, and future. It’s all given form, this strange structure called life. Nothing is wild, sky’s the limit.