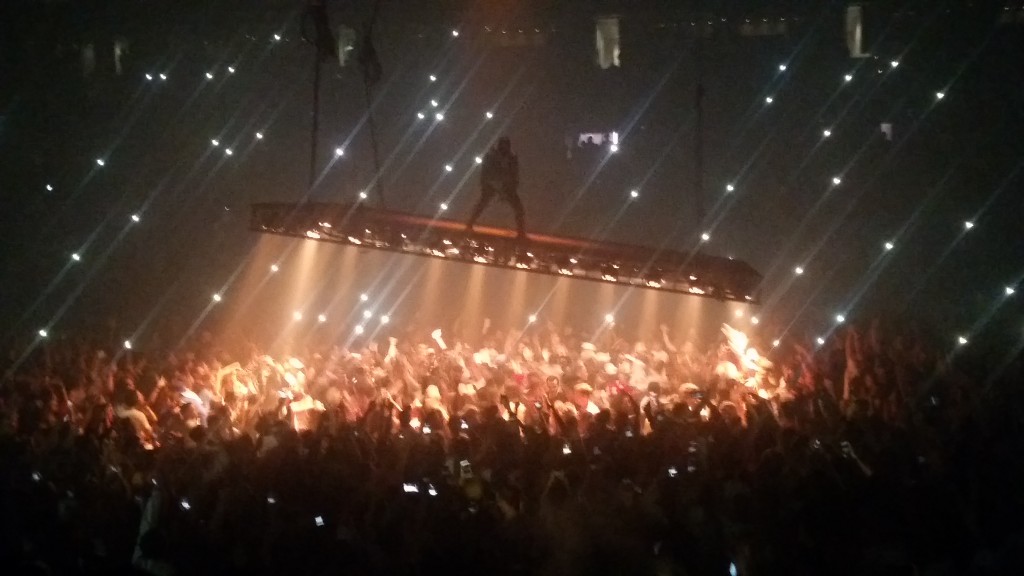 Alternate Title: Reflections from an old dude at Saint Pablo’s

Kanye came to Boston last night. It was the most 21st century thing I’ve ever seen.

The TD Garden was bursting at the seams with humanity, it’s old 20th century confines ill-equipped for this new century’s offerings- its throngs of people, their passion, their unyielding focus. The infrastructure hasn’t kept up, couldn’t keep up. Old ladies from Medford working Garden shows on the weekend to get their Keno money, overwhelmed, disbelieving, watching old ways give way to a flood of the new.

And the kids, man, the kids. This is their Elvis, their Beatles, their Rolling Stones all wrapped up into one, plus their Ralph Lauren, plus their Steve Jobs, plus their Steven Spielberg. These kids, they’re something else. They have more in common with our disco-going parents, less grunge more gloss, dressed to the nines to greet the end of the world. They’re post everything- post-pop, post-punk, post-9/11, post-Bush, post-Obama, post-icecaps, all in for the now, right here and right now. Lines around the block to get a t-shirt, they’ll do that. They do it for iPhones and airport security and whenever they go out, because this is what we’ve setup for them as the normal, and they adapt, persevere, turn it on its head and thrive. They dare to thrive in a world designed to strip them of everything. 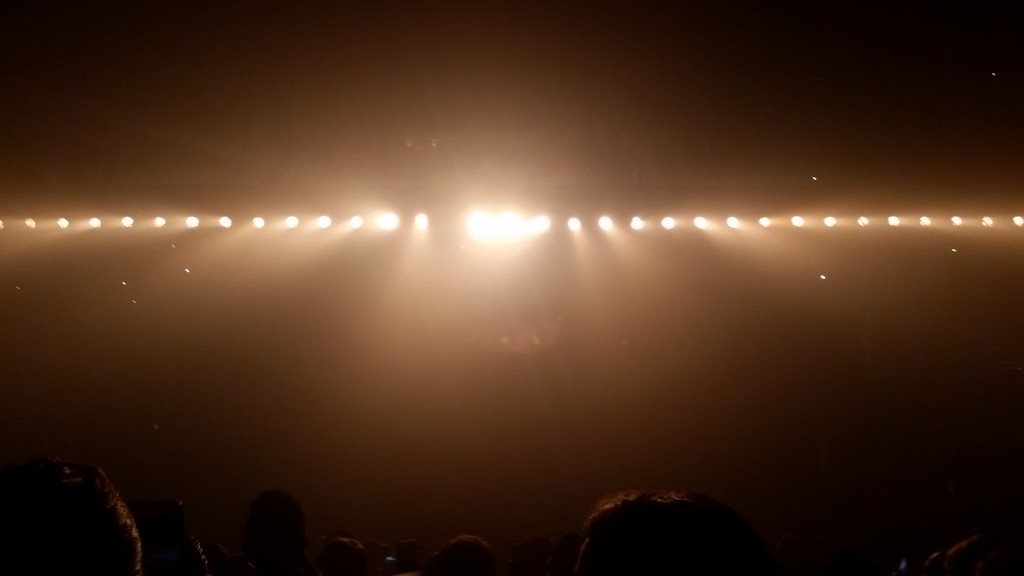 And when the Garden’s garish house lights went down and the otherworldly lights of Saint Pablo’s house came up, illuminating a post-stage stage that literally flew its way around the arena, all the logistics went out the window. The lines, the doors, the heat, the mess- gone. Yeezus brought the now, inescapably. The throngs exploded.

Hero worship and demigod posturing, to be literally standing above those shouting your name, but also something else. Hints of loneliness at the top, alienation before the alien nation, tethered and trapped by the roar of the multitude, put on display for the people that pay you, art in a box, but transcendent of all that too. Seats and sections, deconstructed. No linear stage, no VIPs, no backup dancers, just the man and his plan executed for all to see.

Kanye gave the kids Vangelis tones and Ridley Scott Blade Runner skylines. He gave them the monolith from 2001, the first contact of Close Encounters of the Third Kind, the soaring emotion and dreamy mists of E.T. He gave them their now, their hotness, their fire, but wrapped it in a kind of nerdiness straight from the ‘80s. He gave them something they can talk about 20 years from now. He gave them a line to carry forever. “Kanye,” they’ll say, “Kanye rode a spaceship. “ 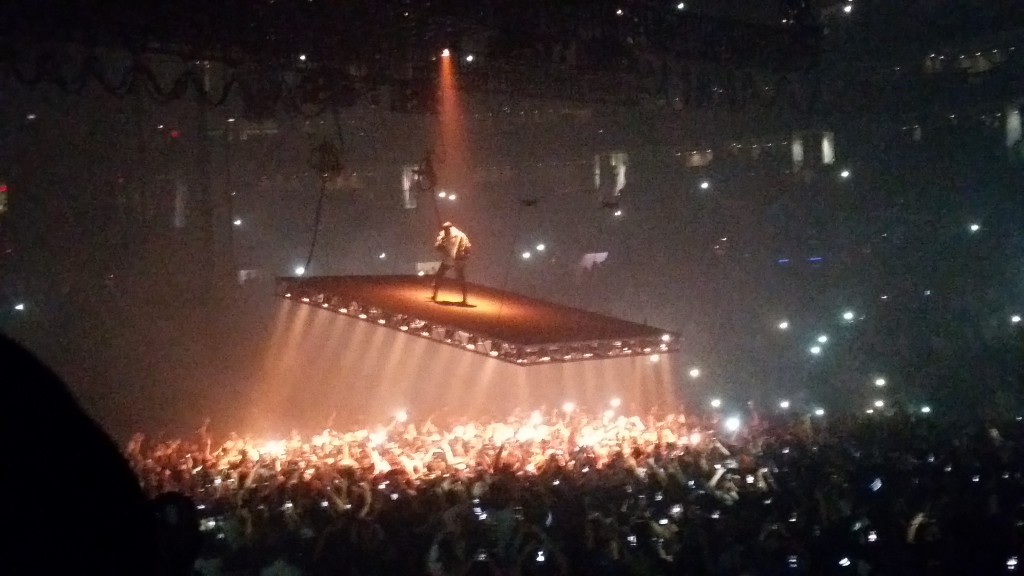