Hyperkin has spoken on the state of the RetroN 5. In a video posted to the company’s Facebook page today, Product Developer Chris Gallizzi reassures the teaming masses that yes, the RetroN 5 is real, and it will be releasing. The exact date still remains a mystery.

As stated in my original post (below), it looks like Hyperkin is simply facing a tremendous surge in demand for the RetroN 5. Gallizzi mentions that he’s just returned from China, no doubt meeting with suppliers to renegotiate contracts and up production orders.

So ratchet down those nasty Facebook comments, retro gaming fans. Your RetroN 5s may very well be coming soon. 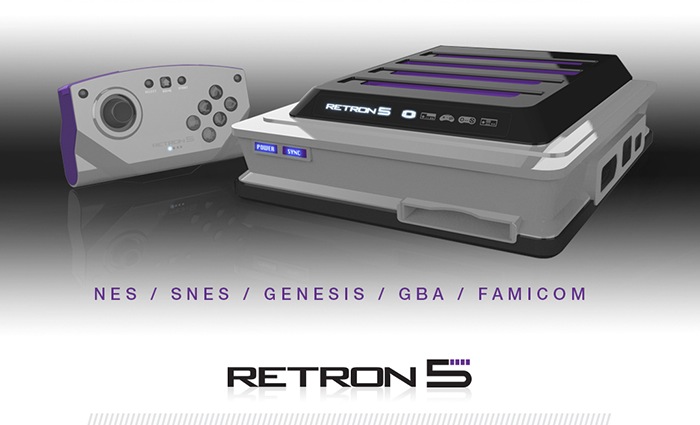 Well, it’s the end of April and still no RetroN 5. The long in production, repeatedly delayed retro gaming dream console remains just that– a dream.

There are many opinions, rumors, unsubstantiated claims, and downright angry comments from anxious consumers bubbling in video game forums and social media. Among them:

So what’s going on? The lack of clear and consistent communication from the manufacturer makes it tough to tell. What we do know is that Hyperkin has been touting the RetroN 5 around at a number of gaming conventions across the U.S., and the company recently offered up a RetroN 5 console for a charity auction (check it out here –http://www.gamegavel.com/item.cgi?show_item=935501). Despite their bumpy track record in meeting deadlines, it’s hard to believe the company would be so clumsy as to engage in charity fundraising without having an actual working product.

The more likely scenario is not that Hyperkin has hooked retro gamers with some elaborate scam, but rather that the demand for the RetroN 5 has far outpaced the manufacturer’s initial estimates. Features like HDMI connectivity, PAL and NTSC compatibility, in-system save states, graphic filters, and cartridge compatibility with 10 classic gaming systems, it’s clear this release eclipses any of the company’s previous efforts.

So, once again, we wait…