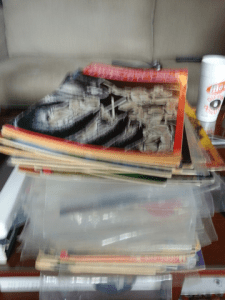 (This pic is blurry due to hand shaking, which apparently can happen after consuming enormous iced coffees like the one seen in background)

First batch- Awesome chunk of Eastman and Laird era TMNT. These stories are so good. The cartoon / toy end of the Turtles spectrum seems so odd in contrast to this black and white indie stuff, which feels like it was made by guys in jean jackets listening to Metallica in a basement (in a good way…as if that could be bad). 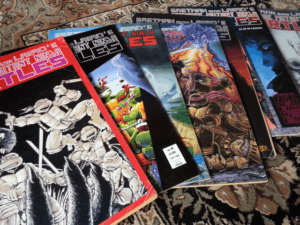 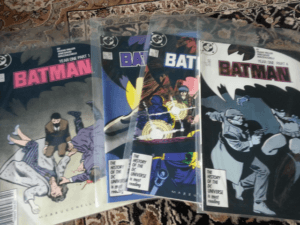 Talk about timely. With my heart crushed by the deathmetal smashfest that was MAN OF STEEL, the universe’s keen sense of timing once again manifests. 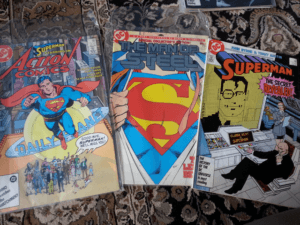 Basically how I felt walking out of MOS. 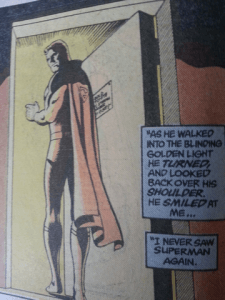 The box was 60% old Swamp Thing issues. Fantastic blend of OG and Alan Moore runs. There are 30 odd more issues not pictured. 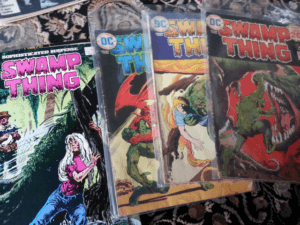 CONCRETE is a beautiful book and I urge anyone who enjoys comic art and living on the planet Earth to read it. 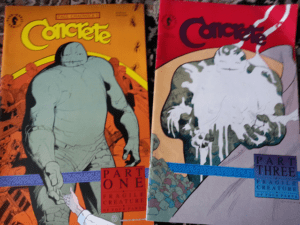 The box also contained a bunch of assorted Vertigo books, including this sampler featuring the first print appearance of Garth Ennis and Steve Dillon’s PREACHER. 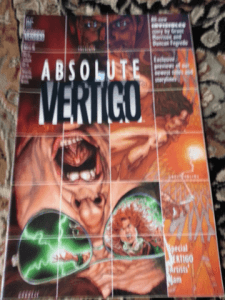 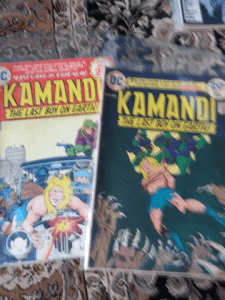 These old fanzines are so fun to flip through. I love reading the predictions and feeling like Marty McFly. I KNOW WHAT HAPPENS! 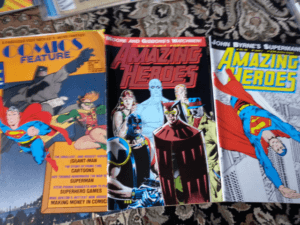