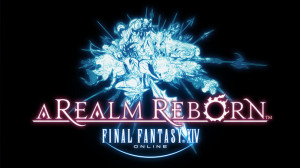 I recently picked up Final Fantasy XIV: A Realm Reborn, Square-Enix’s reboot of their much maligned online Final Fantasy service, and decided to give the newly revamped world a spin. It’s been a while since I’ve delved into a MMORPG (massively multiplayer online role playing game, for those of you born pre-Reagan), and after grinding through a couple hours of game play and raising my character to level 10, my initial impression is “Yep, it’s an MMO.”

MMORPGs are kind of like cola. World of Warcraft is Coke– the industry leader, the evergreen benchmark, the standard. Other games in the field may move the needle a few degrees off WoW’s baseline to form their own blend– a Pepsi here, an RC Cola there– but the core of the experience nearly always is heavily indebted to WoW’s structure and norms. FFXIV is no different. It’s strikingly similar to WoW in terms of gameplay, layout, quest structure, and tone. Aside from some innovative mapping for the PlayStation 3 controller, FFXIV is in large part WoW with better graphics and the trappings of the Final Fantasy game series sprinkled throughout.

That’s not to say the game is bad, or a meek carbon copy of WoW. Playing on dedicated hardware like the PS3 console instead of a PC provided the best graphics I’ve experienced in an MMO. I was genuinely surprised at how well the game runs on the PS3 and how easy it was to perform the variety of MMO functions using just the controller instead of a keyboard and mouse. The level designs in FFXIV are gorgeous and maps, quest tracking, and interactions are all handled wonderfully. I was able to jump right in and hit the ground running, easily accumulating quests and ratcheting up XP. Having played Warcraft, the flow was intuitive. The tutorials provide a good guide for anyone new to MMO tactics and techniques.

Some standout items: FFXIV implements a shared world group battle phenomenon called “Fates.” Fates are real-time encounters clearly marked on your map that attract swarms of previously unconnected players to join together and take on a common foe. In my trial run of FFXIV, I took part in 6 or so Fates and really enjoyed the experience. It’s a great way to interject the multiplayer angle, something I always found that MMOs oddly lack. It’s quite possible to grind away in “forever alone” status in many MMOs without any compelling reason to join a party. FFXIV’s Fates are a cool feature that introduce the fun of multiplayer battles and provide opportunities for server neighbors to meet and form parties.

On the negative side, I was taken aback when by the lack of spoken dialogue by NPCs. Scrolling through blocks of dialogue text took me back to the PS1 era of Final Fantasy. While there’s maybe something to be said for the nostalgic kitsch of that, it’s been a long time since I’ve played an RPG without spoken dialogue. It doesn’t help that the NPC dialogue I encountered on my journey to level 10 was supremely bland and made up entirely of cookie-cutter RPG tropes. While cycling through FFXIV’s pages of RPG-speak, my eye kept wandering to my copy of Xenoblade Chronicles. It was hard not to think of Xenoblade’s massively sprawling levels, interesting and dynamic NPCs, and overwhelming amounts of spoken dialogue– all cranked out by the anemic Wii hardware.

Also in the negative column, it took me two days after FFXIV’s launch to be able to login to a North American server. Complaining about server issues seems to be part and parcel of a MMO launch, but the whole “We’re experiencing unprecedented demand!” line is getting old and my complaint is that gazing at a series of error messages is a poor introduction to any product. It looks like Square Enix has taken steps to remedy the issue, but you would think they would have had more than enough server resources queued up in waiting before launch. Note to any MMO developers reading: If you want to be a hero, spin up more servers than you think you need ahead of launch. Providing a flawless first impression to your product will yield more return on investment than being miserly with backend resources will.

Playing FFXIV on the PlayStation 3 console has been an interesting experience, and I’m intrigued by the idea of other MMOs utilizing dedicated gaming hardware and providing cross-platform support. My home PCs inevitably end up as home office machines, juggling work, productivity software, family photos, etc. I haven’t had a PC available to dedicate solely to gaming in ages, and I doubt I’m alone in that regard. Leveraging a dedicated gaming box like the PlayStation opens up a slew of opportunities for MMOs. FFXIV does a great job of integrating the PS3’s features into its shared game world and allows for PS3 and PC gamers to exist together in a platform-agnostic experience. I’m all for that and hope other publishers follow suit. Watching FFXIV gorgeous graphics, I was reminded of my last PC MMO, EA’s Star Wars: The Old Republic. I loved so much about The Old Republic, but it was so taxing on my wimpy workstation PC that I couldn’t play it at any level of satisfaction, even with all settings at their lowest. If EA were to port SW:TOR to the PlayStation I’d sign up immediately.

After a quick run through FFXIV’s beginning stages, I’m pleased with the game’s performance and promise. It’s not really bringing anything revolutionary to the table, but then again that doesn’t seem to be the aim. If Square-Enix was looking to launch an top tier MMO that can hang with the big boys, they’ve accomplished it. Maybe with the strong foundation in place players will see more innovation from Square by way of expansions in the months ahead. Will I continue past my 30 day trial subscription? Yeah, I just might. Being able to pick up the PS3 controller and quickly grind away at tasks in my living room in short bursts is a welcome change from dank marathon PC game sessions. If you’re a fan of the Final Fantasy series, a PlayStation owner looking for a new RPG, or a lapsed MMO player seeking a new outlet, Final Fantasy XIV: A Realm Reborn is worth checking out.