One hundred years ago today, a Bosnian Serb named Gavrilo Princip and a cell of five others assassinated the Archduke Franz Ferdinand of Austria and his wife, Sophie. Princip and his team threw “infernal machines” (what we today would call a grenade or perhaps an IED) at the archduke’s precession of automobiles. Amazing, Ferdinand’s party survived the bombing. Ferdinand ordered his driver to the local hospital so that he could visit with those injured in the attack. On the way, the driver took a wrong turn. While backtracking, the car stalled in the middle of the street. That’s when Princip approached with a gun and shot the archduke in the neck and his wife in the chest. The wounds were fatal. 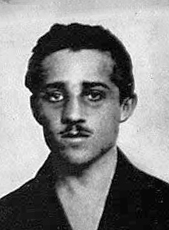 This act of violence — Austrians called it murder, Yugoslavs a rallying cry for freedom from the decadent Austrian-Hungry Empire — tipped a cascade of dominoes in motion. The calamity we now call World War I began as a result less than a month later. The outcome of that war, combined with a global economic depression, led directly to World War II and the Holocaust, perhaps the darkest hour in all of human history.

Think of being on the streets of Berlin or Munich in 1925. A third of your countrymen were dead on the fields of France and Belgium. The empire you fought for was destroyed. On a daily basis, group of communists held rallies on one side of the street, preaching the virtues of solidarity and a soviet system. One the other, right wing nationalist bemoaned the betrayal of the homeland by seditious parties and a weak government. There were no easy answers. There was no middle ground. There was no escape from conflict.

The world stands on a similar precipice today. The Western democracies have fast shifted to oligarchies and are rife with fanaticism on both sides of the spectrum. Entire segments of the population are foaming at the mouth with xenophobic and nationalist fervor. State sponsored violence is increasingly used as an act of “diplomacy.”

One hundred years ago is not ancient history. Those ignorant of history are doomed to repeat it, and I fear we are all so very ignorant of the world burning around us. The destructive conflicts of the 20th century can happen again, and if things continue as they have been, almost certainly will. The festering conflicts of 100 years ago compounded in short time, taking the world from the hopeful beginnings of an new century to a place of genocide in two short decades. It happened in the blink of an eye.

I believe the vast majority of people on this planet wish to live in a peaceful existence. It’s through malevolent forces guarding interests of immense wealth and power that everyday people are stirred to commit violence against one another. Some say a Pax Americana has held the world in a new era of peace since the end of World War II. I would argue that any such peace through force is a fallacy designed to make Americans feel good about the state of its military empire. See this map for U.S. conflicts since World War II:

The illusion of a Pax Americana is coming to an end. The world has we know it has existed in a historic pocket after the devastation of World War I and World War II. The moral gastank established at the end of those conflicts is now empty, and the world order is running on fumes. For the first time since the end of World War II, global peace is in decline – http://io9.com/for-the-first-time-since-wwii-global-peace-is-on-the-d-1593251722. As the United States has grown more violent in its wars against Islamic extremists across the Middle East, the world has followed suit.

There are no easy answers. There is increasingly less middle ground. Conflict, it appears, is on the rise.

One hundred years ago is not ancient history. Never forget means remembering that.