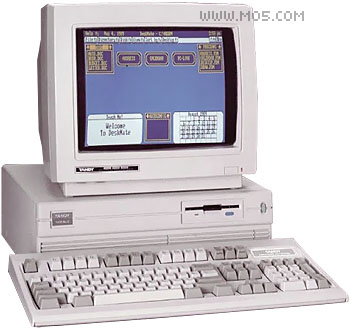 If I can credit my livelihood to any one inanimate object, hands-down it would have to be my family Tandy TL-1000 computer. While other kids were playing baseball and developing healthy social relationships, I, under the tutelage of my grandfather, was learning to copy floppy disks, code in BASIC, and–most importantly to me–install games.

In 1987, the TL-1000 was a baller home computer. It was sold at Radio Shack, then the golden shrine of all awesome electronics. While most home computers then had dull monochrome monitors, in either “soothing spreadsheet amber” or “telecom hacker green” varieties, the Tandy brought the pixels, brought the funk with  16 colors. Sixteen! A three-channel sound system, built into the chassis of the beige beast, sounded like a 7.1 Bose Surround Sound system compared to the stock PC speakers of the time. It had a 5.25 inch floppy drive and it had a 3.5 inch floppy drive and a hard disk drive, allowing you to save programs inside the computer itself.

I found this site dedicated to the platform that fueled my childhood imagination and ingrained a lifelong interest in spending far too many hours typing away in front of a monitor:

More information than I could ever care to remember about my beloved Tandy, summed up in one neat page. God Bless the Internet.