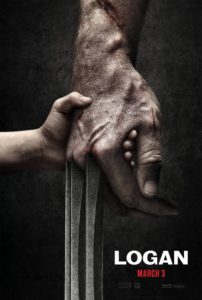 I still remember my first introduction to the X-Men. It was a Super Bowl sometime in the mid 80s, one of the Montana years. I was dragged along in tow with my family to a neighbor’s party. They had a son, older than me, and we were paired off as the adults engaged in their wing eating and Bud Light drinking. I somehow announced that I was into comics, and this kid’s ears perked up. “Oh, do you read X-Men?” For some reason at this young age I had attributed all things “X” with meaning adults only, as in X-Rated. Like Dustin Hoffman’s tormentor in Marathon Man, I sheepishly asked this unknown older kid “Is it safe?” He laughed, and handed me an issue. I’ll never forget the cover- Mr. Sinister a towering giant, the strange and colorful cast of X-Men characters tumbling from his hand into an abstract inferno below. In its pages I found everything I had been looking for. Like so many others, I had just found my new favorite comic.

17 years after Bryan Singer’s X-Men hit the big screen, ushering in a franchise of nearly a dozen sequels and spinoffs, Logan arrives as a dark bookend to all that has come before. The film sets out to serve as a swan song for actors Hugh Jackman and Patrick Stewart, there since the beginning as Wolverine and Professor X respectively, but it manages to accomplish so much more. Channeling a hallmark device of the X-Men comic series, Logan jumps ahead to a strange future. We recognize some of the characters, but their world and surroundings are a twisted fun-house mirror distortion of the reality we thought we knew, a crushing alternate pathway from the future we had hoped for. The jolting futureshock of Logan instantly reminded me of some of the X-Men’s best comics moments, unexpected issues like Grant Morrison and Mark Silvestri’s “Here Comes Tomorrow!” and Claremont and Byrne’s “Days of Future Past.” These stories jumped ahead of the standard storyline without warning, and delivered ominous, heartbreaking looks at “what ifs?”, possible outcomes from our current state of being. When the action shifted back to the regularly scheduled superhero hijinks, these dark stories lingered overhead, potent undercurrents steadily pulling events ever-so-closer to the brief glimpses of those frightening possibilities. Logan accomplishes the film version of this, adding weight to the entire library of somewhat uneven entries to the X-Men film series.

Through its thick veneer of bleak anguish, Logan is ultimately a hopeful movie. It is a bit daring in its approach, focusing on ideas and characters rather than an abundance of special effects or flashy setpieces. The plot takes us through such unillustrious places as the US-Mexico border, a bland casino in Oklahoma City, and the desolate cornfields of the American heartland. Its characters, from the hero formally known as Wolverine throughout the entire supporting cast, are all in various stages of crisis, not so much facing down super villains as they are fleeing threats that feel very personal, immediate, and real. The movie somehow even manages to break a Hollywood curse and showcases compelling child actors, one of which completely steals this show.

Logan also surprised me by making many unexpected statements about our world- our present and perhaps our future- but by far my favorite statement it makes is something of a reflection on the nature of faith and comic books. Comics are a bizarre religion, readers often indoctrinated young and sticking with the practice/habit/vice throughout their entire life. “It’s all made up bullshit,” Logan himself paraphrases. But with comics, the meaning is the reader’s to create, to define, to cherish. How many found themselves in between those panels? How many kids felt hated and feared in their own everyday lives, in big cities and little towns all around the world, just like the X-Men did in their fictional Westchester mansion? My personal childhood brand of was mutandom was being left-handed, introverted, living with my grandparents, and being seemingly completely out of sync with the nuclear family dominated suburbia fabric around me. For others it was race, gender, sexuality, religion, or maybe just an overriding sense of otherness. Whatever the trajectory, the focal point was Uncanny X-Men, the dominant comic book title for nearly two decades straight, the pop culture centerpiece for an entire ill-defined, misunderstood generation. Logan does the best job of any major comic book of capturing the essence of and paying homage to what comic books are all about, a point that arrives thoroughly unexpected and with surprising emotional heft. Logan dares to ask “What’s all this spandex and universe building really all about?” and does more than its fair share in attempting to answer it.

In the end, Hugh Jackman and team have to feel pretty satisfied with how they’re bowing out from their long X-Men drama. Logan is easily the best of their collective efforts, and it leaves a somber, touching high water mark to propel the series going forward. No matter where 20th Century Fox takes the X-Men films in the post-Jackman/Stewart era, they would be wise to ensure that the stark warnings and hopeful spirit of Logan aren’t quickly forgotten.