Long time no blog. My site was hacked to the max, but the digital poison has been cleansed and I’m back in action!

CRISIS VECTOR #1 kicks off the adventure in grand style, featuring art by Sensational Samir Simao, colors by Rambunctious Ross Taylor, and lettering and effects by Mighty Micah Myers! Here’s a page to gawk at: 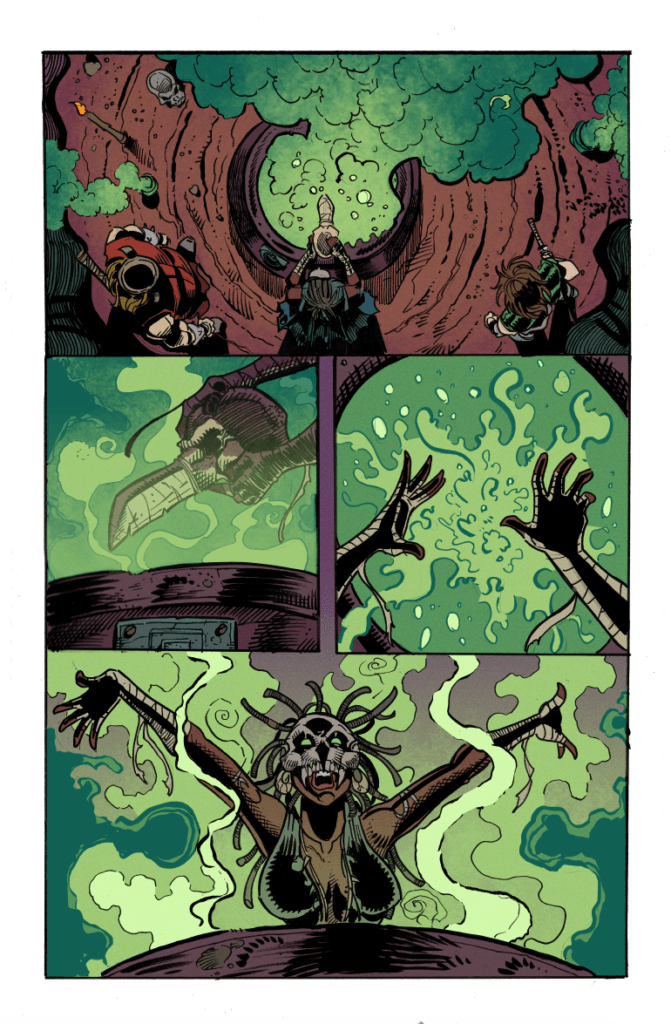 Next there’s CRISIS VECTOR #2, this time featuring ROSS TAYLOR on all the art, including colors, and Mighty Micah returning for lettering. CRISIS VECTOR #2 takes things to a whole new place, a whole new time, and is the most jam-packed pinata of a story I’ve ever written. 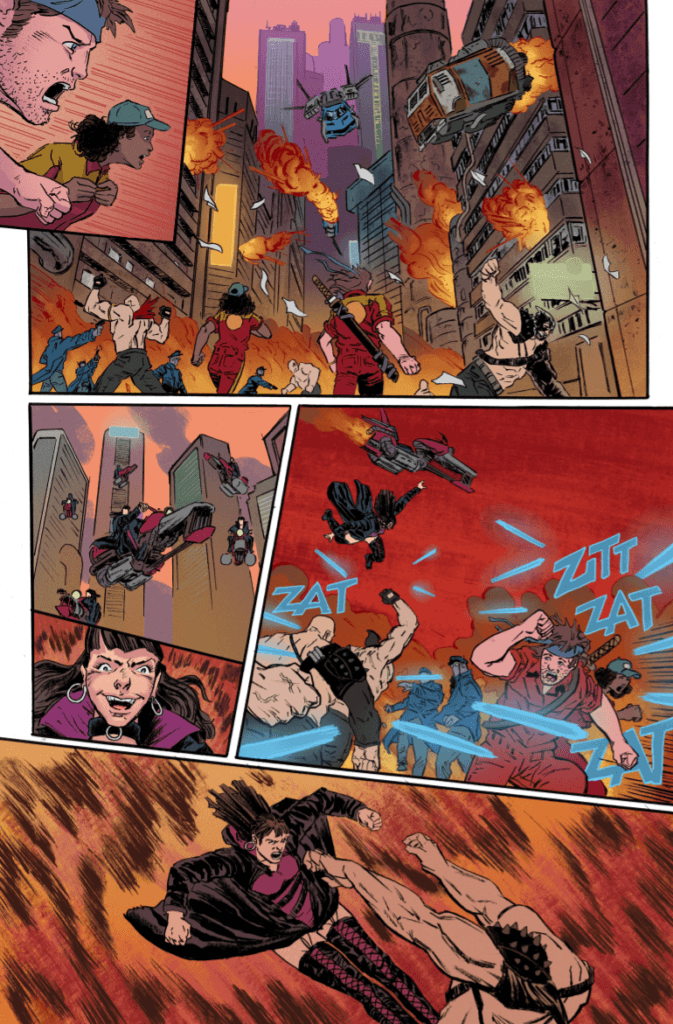 When and where can you get your mitts on this white-hot comic book series, you might ask? Good question. The answer is soon(ish) and maybe someplace nearby(ish)! Here’s the score: All pages for issue 2 are complete. Issue 1 faced some unforeseen production bumps, however it is back on track and coming together quickly. In terms of work to be done, issues 1 and 2 should be 100% complete in just a couple weeks. Whoo!

The trickier bit- what’s the best way to get this thing out into the world? There are a couple options I face.

Big Option #1- I entirely self-publish. This is the route I took with CRYPT ZERO and VOODOO BIRD. I worked directly with a printer to package, print, and self-distribute those mini comics. I have good relationships with a few local (New England) shops, and was able to get those completely uncommercial black-and-white shorts on the shelf. I also sold them at conventions, and they are always available on my website for shipping via the good ol’ USPS. The pros of this method are I retain complete control over my stuff, which I love. I also don’t mind how acting as a publisher has pushed me into entirely new territory, rife with unexpected challenges and tons of new hurdles to clear. Learning is cool, or whatever. And publishing offers a lot of opportunity to learn on the ropes.

The detriment of becoming a one-man comic company is that all the new challenges and experiences come at a cost, namely less time to focus on my primary mission- writing. The more entangled I become in the business of printing, the less time there is available for sitting down and writing scripts. I like a lot about self publishing. I love the idea of creating an imprint that people can “buy into”, meaning a little corner of the cultural landscape that they can find a sort of refuge of entertainment in. Most of my comic book heroes were self publishing giants- Kevin Eastman and Peter Laird with Mirage Studios, Jeff Smith’s Cartoon Books, etc.  RADICAL VISIONS, my little imprint, is inspired my these auteur style approaches.

Here’s some more reality though- in order for you, the collective, untamed sea of plural “you” out there, to get Crisis Vector in your hands, I need to get it into the sole motherseed of comic shop provisions, the Previews catalog. This is a universe unto itself. This takes my journey from dreaming, writing, creating the worlds of Crisis Vector, working with phenomenal artists around the world to bring it to life- all things I absolutely LOVE – and slams it right into a warehouse in New Jersey. In those hallowed halls, the process of getting your indie comic book gets all kinds of real. For me, it means packaging and pitching Crisis Vector to the literal powers that be, as Previews is the only distributor in comics. Yes, the comics industry, through a tangled and bizarre history, is essentially a monopoly. It’s not all doom and gloom though. I’ve heard good things about the folks at Previews. They know the industry. They know how the market takes to things. They have a vested interest in comics doing well. I’m just saying it’s a big process, and I am a minnow. If I clear the gauntlet of Previews and somehow get Crisis Vector listed, it will be stacked up against the monthly offerings of Marvel, DC, Image, and the rest of the established titans of the industry.

Which brings me to Big Option #2- pitching Crisis Vector to a publisher. Now, for most creative types, this is their preferred route. Their aim is to land work from publishers, to have their hard labor bought and distributed, to have it find a “home.” For whatever reason, maybe inexperience, maybe stubbornness, maybe idiocy- it just never has been all that attractive to me. I’ve written stories for publishers, and I’ve really enjoyed the experience. But when it comes to my stuff, I’ve always had the mantra of “Fuck it, I’ll do it myself!” *flicks cigarette against wall, wears sunglasses at night*. Here’s the thing, though- if I want to get Crisis Vector out to as many readers as possible- my best bet for doing that lies in finding a publisher who loves it, champions it, and helps to market it to the world. The cons, to me, involve signing over rights, losing control, having things altered, or other sacrifices that might need to be made when you are playing with the house’s money.

So, that’s where I’m at. I don’t really know how I’ll take Crisis Vector to market just yet. I have a lot to think about. The most pressing matter though is completing the journey of Kir, Witch, Aldston, and Rykardt as I put together issue 3, the epic conclusion! I keep coming up with more and more layers for the big finale, so now it’s time to consolidate, condense, and drive this puppy home.

Until next time, follow along with the troubled production of CRISIS VECTOR and my life in general on Twitter – @radvon